This week, xeolabs released xeokit-sdk 1.4.8 and xeokit-gltf-to-xkt 0.5.0, which allow us to accurately view BIM models at their original IFC global coordinate locations within xeokit's browser-based viewer, without rounding errors. In this post, we'll describe the problem this update solves, and how to upgrade your xeokit application to use this update. 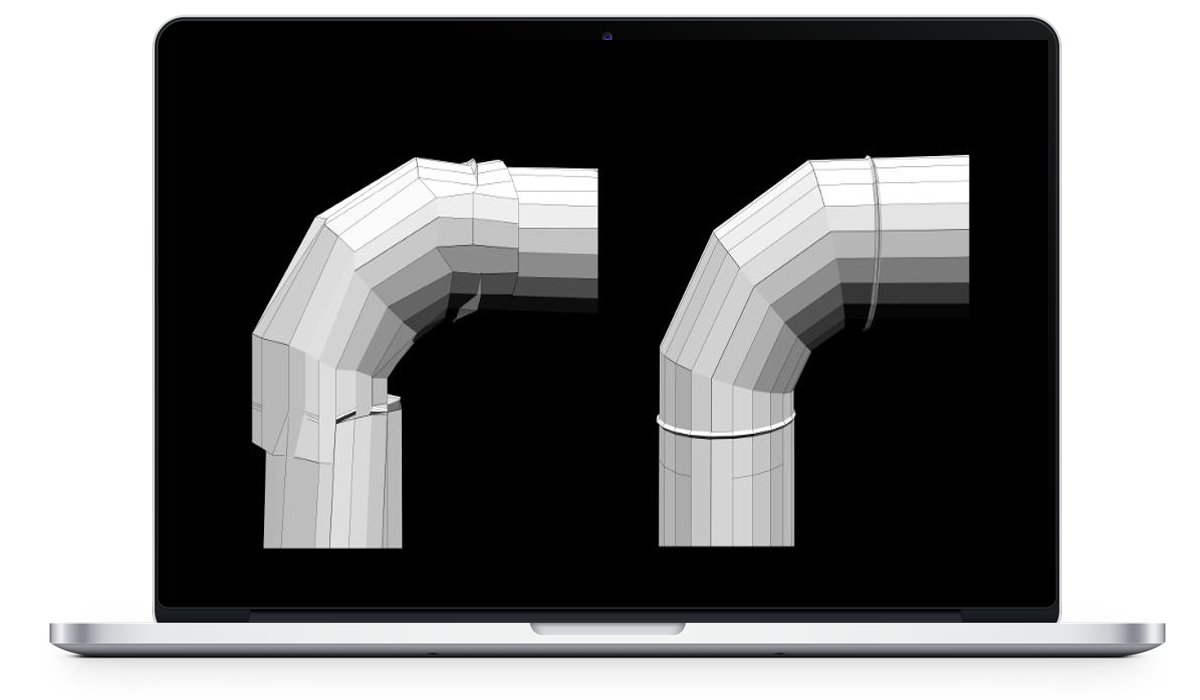 Why is my Model Jittering?

Sometimes, xeokit users would report that certain models would "jitter" as they moved.

The screen capture below shows the problem, using a model of the Marc Antoine Petit apartment complex in Lyon, provided by BIMData. The IFC geometry for this model is in IFC global coordinates. Notice the way the model "shivers" as we rotate it.

After some investigation, it turned out that:

So far, we've managed to avoid rounding jitter by using certain IfcConvert options, or python scripts on IfcOpenShell, to "center" the geometries within our IFC models (see: Creating Files for Offline BIM). These workarounds work by transforming the geometries from IFC global coordinates to IFC local coordinates, which are (hopefully) small enough to be accurately represented by WebGL.

The problem with these workarounds is that we lose the original global placement of our models. This means that we cannot load multiple models belonging to the same site and have them positioned correctly with respect to each other. Instead, they would all be in their local IFC coordinate system, and once loaded into xeokit, would be positioned right on top of each other.

Furthermore, if the model is geographically huge, with fine details (eg. a 10km long roadworks that relies on 1cm accuracy), then centering doesn't help anyway, because the geometry will still have huge coordinate values.

The solution was to extend xeokit-sdk and xeokit-gltf-to-xkt with the ability to emulate double-precision geometry rendering on WebGL, as a robust way to eliminate rounding jitter with IFC models that contain large geometry coordinates.

The screen capture below shows how this solution completely eliminates rounding jitter with BIMData's model, without needing to convert it to IFC local coordinates. Within xeokit's viewer, the model actually retains its full IFC global coordinate precision, and is still centered at [1842022, 10, -5173301] (somewhere Lyon, France).

Our jitter elimination uses a technique known as relative-to-center (RTC) geometry coordinates, which is used in flight simulators and geospatial visualization applications to accurately render very large models on single-precision GPUs. We won't describe the RTC technique here, but you can read all about it in the book 3D Engine Design for Virtual Globes, which was a valuable resource during the development of this release.

Upgrading your App to double-Precision

We'll now describe how to upgrade your xeokit application to work with double-precision models. You can also find more information in the GitHub pull request for this update.

First, update your version of xeokit-gltf-to-xkt to 0.5.0 or later, assuming that you're using that within your model conversion pipeline to convert glTF models to xeokit's optimized .XKT native geometry format.

Then add the new -f 6 option when you invoke xeokit-gltf-to-xkt's gltf2xkt executable. This will cause the executable to output the new .XKT 6 format, which preserves double model precision, using the RTC technique mentioned earlier.

If you're using IfcConvert with option --center-model, --site-local-placement or --building-local-placement to center your models to avoid rounding jitter, then you can now remove that option.

Likewise, if you're using IfcOpenShell scripts to center your models to avoid jitter, you can now remove those script invocations from your conversion pipeline.

Lastly, update your version of xeokit-sdk to 1.4.8 or later. This version is a backwardly-compatible drop-in replacement for 1.4.7, which does not emulate double-precision.

Now you can convert double-precision IFC models to .xkt 6 and load them into your xeokit application, to accurately view them in the browser.

As mentioned, pull request #456 has info on what code has been updated in xeokit-sdk 1.4.8.

For improved maintenance and QA, the converter logic in xeokit-gltf-to-xkt, used for generating .XKT 6 format, has been factored out into its own library, xeokit-convert. This allows us to more easily document and unit test the converter logic, and to more clearly use it as a reference implementation for developers wanting to build their own tools to generate .XKT 6 format. Take a look at that library's repository for more insight into .XKT 6 and RTC.